NAME: The name of this organization shall be the Coalition of Rural and Appalachian Schools and it shall be affiliated with other educational organizations in Ohio.

The mission of the Coalition is to advocate for and support the public schools of rural and Appalachia Ohio in the continuous improvement of educational opportunities available to the region’s children and youth. The Coalition also may support and join with similar efforts throughout the state to improve educational opportunities for all children.

The Coalition has established four major goals in pursuing its mission:

Every school district and other organizations in Ohio’s 32 Appalachian counties who support the mission and goals of the Coalition may become a member by paying the annual dues of $325. (effective in 2010-11)

Membership will be granted to school districts and other organizations located outside the 32 Appalachian counties with payment of $325.00 annual dues and approval of the Board of Directors. Members located outside the 32 Appalachian counties will have voting rights on issues raised at the Coalition meetings but will not have representation on the Board of Directors.

A quorum shall consist of not less than 25 percent of the paid members when voting on issues raised at Coalition membership meetings, with the exception of Article VIII of the Constitution and by-laws.

A Board of Directors shall be made up of no more than 19 members, not including ex-officio members. The Board shall include the Dean of the College of Education, and two additional members from Ohio University appointed by the Dean. There shall be one elected member from each of the eight multi-county regions. The eight elected members shall appoint eight additional members, one from each multi-county region. A County Region must have a minimum of five (5) active public school district members to qualify for an elected and an appointed member on the board of directors. Elected and appointed members, other than those representing Ohio University, must be active school superintendents from a member school district. Election of board members shall be held in April. Term of office will begin July 1.

A vacancy on the Board of Directors will be filled for the remainder of the unexpired term, by the same procedure as stated above, as soon as possible after the vacancy occurs.

Ex-officio membership on the Board of Directors may be granted by a two-thirds vote of the full Board.

If an elected or appointed member of the board of directors fails to attend at least one board of directors or membership meeting during the twelve month period, July 1 through June 30, the President shall move that director to ex-officio status for the duration of his/her term and appoint a superintendent from his/her region to fill the elected or appointed vacancy for the remainder of the unexpired term.

The Board of Directors shall meet a minimum of four times each year and on call of the President.

In case that a vacancy among officers occurs during the year, election shall be conducted to fill the position at the next regular meeting of the Board of Directors.

It shall be the duty of the President to preside at all meetings and enforce all rules.

The President-elect shall assist the President, preside in his/her absence and serve as chairperson of the Legislative Committee.

Shall serve as liaison with the State Department of Education, OSBA, BASA, and other educational and governmental agencies. The Executive Director will collect, conduct, research, and disseminate financial, cultural, employment, and educational data relative to rural and Appalachian Ohio school district needs.

Shall develop support documentation for legislative positions being supported and/or promoted by the Coalition of Rural and Appalachian Schools. The Executive Director shall report these positions to legislators, membership, other professional organizations, and the State Department of Education.

Shall implement professional development opportunities for the membership of the Coalition.

Shall serve as Secretary/Treasurer of the Coalition.

The Board of Directors shall, prior to the beginning of each school year, assess the number of meetings necessary to carry out the Coalition objectives.

The Board of Directors and the Executive Director shall plan professional development programs based upon needs assessment of membership.

These by-laws may be amended at any regular meeting of the Coalition by a two-thirds vote of the members present, provided such amendments have been presented at a previous meeting.

SPECIAL NOTE: All Articles and Sections of the Revised Constitution and By-laws adopted on October 27, 2000 shall be effective immediately upon ratification by the membership, except Article IV, Section 1, which becomes effective on July 1, 2002. 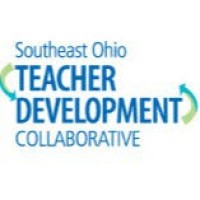